The Irish Origins of Civilization: Volume Two by Michael Tsarion (PDF)
The follow up to the acclaimed book Atlantis, Alien Visitation, and Genetic Manipulation, Michael Tsarion’s The Irish Origins of Civilization concentrates on the fate of the world after the fall of Atlantis and birth of evil. In the tradition of Zecharia Sitchin and Immanuel Velikovsky, Michael’s investigations reveal the reason for the eradication of the Druids and highlight for the first time the terrible campaign of genocide against the ancient Irish elders whose knowledge once enriched world culture. Michael exposes the true origins of the world’s premier secret societies and reveals the remarkable mysteries they have been sworn to guard by sword and deception. He shows that the elements of civilization - megalithic construction, writing, music, astronomy, astrology, medicine, farming, navigation, and most importantly the principles of religion, originated in Britain, Ireland and Scandinavia. Every European needs to read this book to find out how the history of "Anglo-Saxon" man has been misrepresented and perverted. Michael explains the true meaning of the word Aryan and shows that it was the original name of Ireland. He explains the reason why so many tribes speak of the coming of the fair gods, the men of wisdom. He explains the connections between the Irish Druids and Egyptian Amenists and the ruin Akhenaton's Luciferian Cult brought to Egypt and the world. As Michael wrote... "What does it mean to live in the age of revealing? It means the light that royals and secret societies claim to adore is finally being shone brightly upon their own orders and ideologies. It means the Sun of Truth has finally risen to expose their once hidden machinery of tyranny and control… …The auction of a whole civilization - the finest known - and the extermination of the Druids are two of many subjects brought to the limelight in these volumes. It is for this reason this author first chose - in Atlantis, Alien Visitation and Genetic Manipulation - to deal with Atlantis and Lemuria, since it was from there the story of the ancestors of Gaels and Celts begins. If we are to seek out the origins of Arthurian legends and Welsh, Irish and Scottish myths, it is to lost Atlantis and Lemuria we are to look. And if we are to seek reasons why the true story of these places and peoples has not been revealed, we begin with the powers that dominate and rule mankind from behind the obvious thrones of religion and politics. These ruthless agencies have their origins in the ancient past, and are biological or ideological descendants of the sorcerers of Atlantis… …For those hot on the trail of the world’s premier secret societies, this book will be an invaluable source of revelation. It alone reveals the intelligence behind Royalty, Masonry, Zionism and Judeo-Christianity.” 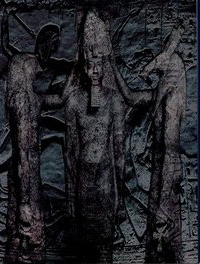