Bloodlines of the Illuminati by Fritz Springmeier (PDF)
I am pleased & honored to present this book to those in the world who love the truth. This is a book for lovers of the Truth. This is a book for those who are already familiar with my past writings. An Illuminati Grand Master once said that the world is a stage and we are all actors. Of course this was not an original thought, but it certainly is a way of describing the Illuminati view of how the world works. The people of the world are an audience to which the Illuminati entertain with propaganda. Just one of the thousands of recent examples of this type of acting done for the public was President Bill Clinton’s 1995 State of the Union address. The speech was designed to push all of the warm fuzzy buttons of his listening audience that he could. All the green lights for acceptance were systematically pushed by the President’s speech with the help of a controlled congressional audience. The truth on the other hand doesn’t always tickle the ear and warm the ego of its listeners. The light of truth in this book will be too bright for some people who will want to return to the safe comfort of their darkness. I am not a conspiracy theorist. I deal with real facts, not theory. Some of the people I write about, I have met. Some of the people I expose are alive and very dangerous. The darkness has never liked the light. Yet, many of the secrets of the Illuminati are locked up tightly simply because secrecy is a way of life. It is such a way of life, that they resent the Carroll Quigleys and the James H. Billingtons who want to tell real historical facts rather than doctored up stories and myths. I have been an intense student of history since I could read, and I am deeply committed to the facts of history rather than the cover stories the public is fed to manipulate them. 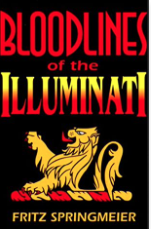